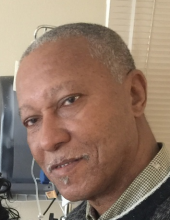 Mr. Terry Eugene Tate, passed away on September 29, 2016, at the age of 62 in Biloxi, MS. Terry was born on August 31, 1954, in Pickens, South Carolina to the proud parents of Arthur Lee Tate and Helen Henderson. He attended Liberty High School in South Carolina. He served his country in the U.S. Navy and was also employed with Debra’s Hair Boutique in Biloxi, MS. Terry leaves to cherish his memories, his sister, Angelee Tate; a brother, Arthur Tate; his loving daughter, Katinia (TommyLee) Fort of Millbrook, AL; his son, Carlos (Brittany) Tate; granddaughter; Makala Fort of Millbrook, AL; grandsons; Demarcus Sargent and Keonte Sargent of Gulfport, MS, Cameron Tate, Carmelo Tate, and Carlito Tate of Jackson, MS; and a host of other relatives and friends. The care of Mr. Terry Eugene Tate has been entrusted to RICHMOND-AUGUST FUNERAL HOME. Inquiries: 228-436-6722.
To order memorial trees or send flowers to the family in memory of Terry Eugene Tate, please visit our flower store.