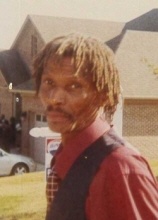 Stanley Leroy Ferguson, 61, a resident of Biloxi, Mississippi passed away October 17, 2013 from a heart attack. He was born in Biloxi, Mississippi, December 9, 1951, the son of Charles Brown and Sarah Louise Ferguson-Allen. Stanley graduated from Nichols High School, Class of 1970 and received an Electrical Diploma from Jefferson Davis Community College. Stanley was united in matrimony to Joanne Walker Ferguson on September 28, 1974. Stanley joined the United States Marine Corps where he served faithfully. Upon separating from the Service, Stanley spent the balance of his working career as an electrician and mover. He took great pride in his job and enjoyed it immensely. Along with other hobbies, Stanley enjoyed fishing a crabbing with his family. He loved to dress in nice suits and would often coordinate the outfits with his wife of 39 years, Joanne. He was preceded in death by his parents, Charles Brown and Sarah Louise Ferguson-Allen. Stanley is survived by his wife Joanne Ferguson, four brothers, Lester �Buster� Ferguson, James Ferguson, Gerald Schkenburg, and Darren Ferguson; four sisters, Jacqueline Black, Sandra (Frank) West, Yvonne Ferguson and Yvette Spencer; five children, Jermaine Lewis, Stanley Ferguson, Kesha Ferguson, Cora Ferguson and Crystal Ferguson; nine grandchildren and a host of other relatives and friends. Funeral Services for Stanley Ferguson will be held Thursday, October 24, 2013 at 9:00am at Richmond-August Funeral Home. Interment will follow immediately at Biloxi National Cemetery. The family of Mr. Stanley Leroy Ferguson has entrusted his care to the professional staff of RICHMOND-AUGUST FUNERAL HOME.
To order memorial trees or send flowers to the family in memory of Stanley Ferguson, please visit our flower store.
Send a Sympathy Card
Send a Sympathy Gift