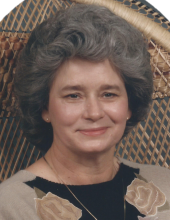 Sandra Fay Scarborough, 79, passed away on Wednesday, April 19, 2017, in Gulfport, MS. She was a lifelong resident of the Mississippi Gulf Coast. Full Gospel Tabernacle was her church home for over 30 years. In her later years, she supported her son-in-law and daughter in planting Destiny Church. Sandra loved her family and devoted her life to care for them. In the earlier years, she was normally always found in her kitchen whether it was fixing a simple lunch or canning spaghetti sauce all day. If anyone ever visited her house and left hungry, it was definitely their fault. Sandra and her husband owned Living Waters Christian Bookstore and managed it for around 10 years, up until her husband's health started to decline. During this time, she became well known in the community. She stayed faithful to the love of her life for 45 years. In her later years, she remained at home in her battle with dementia. Sandra is preceded in death by the love of her life, Curtis Scarborough; her parents, William and Emma Pylate; sisters, Gladys Perry, Katherine Krohn, and Gail Moody; and brothers, Blaine Pylate, and Wayne Pylate. She is survived by her children, Sandra (Steve) Tapper, Patti (Chris) McCall, and Wendell (MaryAnn) Scarborough; sisters, Betty Johnson and Lorraine Pylate; brothers, Billy Pylate and Ronnie (Mary) Pylate; seven grandchildren; and nine great-grandchildren. Funeral services will be held at 11:00 AM, Monday, April 24, 2017, at Destiny Church, 12636 Lorraine Road, Biloxi, MS 39532, with visitation an hour prior. The family would like to say a special thank you to Canon Hospice. The care of Mrs. Sandra Fay Scarborough has been entrusted to RICHMOND-AUGUST FUNERAL HOME. Inquires: 228-436-6722.
To order memorial trees or send flowers to the family in memory of Sandra Fay Scarborough, please visit our flower store.
Send a Sympathy Card