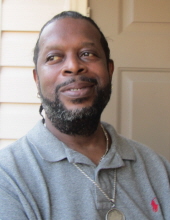 Melvin Edward Wright passed away December 5, 2018. He was a resident of Biloxi, Mississippi. Melvin was raised in Helena, Arkansas, went to school in Arkansas and joined the United States, Air Force. Melvin was honorably discharged from the Air Force at Keesler Air Force Base in 1996. Melvin was preceded in death by his parents Arthur and Magnolia Wright who both preceded him in death. His sister Doris Jean Jones and brother Maurice Brewer also preceded him in death. He leaves to cherish his memory his wife Patsy Beasley Wright and daughter Melanie Ericka Wright; two brothers: Jerome Wright of Helena Arkansas and Arthur Wright of Texas. Funeral Arrangements have been entrusted to Richmond August Funeral Home.
To order memorial trees or send flowers to the family in memory of Melvin Edward Wright, please visit our flower store.
Send a Sympathy Card