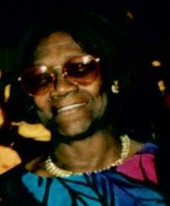 Mary �Margaret� Strong was born on June 25, 1927, in Crystal Springs, MS. She was born to her loving parents, the late Ollie and Ethel Lee Jones. After faithfully serving the Lord, she entered into her eternal rest on Sunday, November 11, 2012, at 4:45 p.m. while at Gulfport Memorial Hospital, Gulfport, MS. At an early age she accepted the Lord into her life and became a member of Church of Christ Holiness in Crystal Springs, MS. She was united in holy matrimony to Mr. George E. Strong on January 16, 1952. From this union five children were born: Mary S. Koonce; Ethel �Sunni� Medina; Howard Chambers, Edward M. Strong, and Richard E. Strong. They brought much joy and laughter to her years. A devoted Mother and committed Wife, she spent many years working on the campgrounds for Seashore Methodist Assembly located on the beach in Biloxi as well as being an entrepreneur owning her own consignment shop. �Mother Mary� will be remembered for bringing so much joy into the lives of those she was surrounded by during her latter years in life. Woodlawn Village Nursing home is where she spent her last ten years, and the nurses shared stories about how she always brightened up their day just by saying a few words of �wisdom�. Her spiritual roots still remained deeply inside of her. She was constantly singing hymnals and praising GOD on a daily basis. Preceding her in death are her parents; one son, Howard Chambers; three sisters: Anna Bell McGowan and her husband Luther of Crystal Springs, MS; Christine �Susie� Crawford and her husband Robert of Biloxi, MS; and Mattie Alexander of Biloxi, MS. Four brothers: Eddie Jones Sr. and his wife Doris of Shreveport, LA; Walter Jones and his wife Rose of Crystal Springs, MS; Henry Jones Sr. and his wife Ruthie Mae of Biloxi, MS; and Rev. Esters �Sonny� Jones of Biloxi, MS. She leaves behind the devoted Husband and cherished Father of her children: George E. Strong of Biloxi, MS. Four precious children: Mary S. Koonce of Biloxi, MS; Ethel �Sunni� Medina (Juan-deceased) of San Bernardino, CA; Edward M. Strong and Richard E. Strong both of Biloxi, MS. Eight grandchildren: Monica Brooks, Sonia Clark, Roshina Vanegas, Gretchenal Koonce, James �Jay� Koonce, Stephanie Strong, Desir� Strong, and Edward Strong, Jr.; and seven great-grandchildren. Two sisters: Mozella Johnson (Earnest-deceased) of Crystal Springs, MS; and Charlene Thompson of Biloxi, MS; one sister-in-law: Rosie Lee Jones of Biloxi, MS; and one brother-in-law: Alex Alexander of Biloxi, MS. Sister Mary Margaret also leaves behind a host of nephews, nieces, cousins, relatives, and friends. Her friends and roommate at Woodlawn Village will truly miss her wit and kind words. The Strong Family would also like to acknowledge and give a special �Thank You� to all of the staff at Woodlawn Village Nursing Home in Diamondhead, MS for keeping our mother�s care in excellent condition over the last ten years. You did a tremendous job. God bless you all. Services will be held, Friday, November 16, 2012 at 11 am with visitation one hour before at Greater Grace Apostolic Assembly in Biloxi, MS. The family of Mrs. Mary Strong has entrusted her care to the professional staff of RICHMOND-AUGUST FUNERAL HOME.
To order memorial trees or send flowers to the family in memory of Mary Strong, please visit our flower store.
Send a Sympathy Card
Send a Sympathy Gift