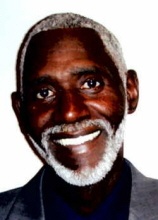 To this world Lee Vern Williams was a man with a smile who could light up the place and whose humor could fill a room with laughter Wednesday, September 5, 2012, God sent an angel to bring another one of His servants home. Lee V. Williams was born on March 1, 1950 to the late James and Catherine Williams. He was the 6th of 14 children born to their union. Lee was tenderly known by his siblings as �Limp� and �Lil Brother.� He was a 1969 graduate of Parish High School. Upon graduation from high school, Lee enlisted into the U.S. Army National Guard. He served 2 7 years in the armed forces, retiring as a SSG-E6. He was employed at Northrup Grumman for 34 years as a ship-fitter, welder and pipefitter. Although, Lee was no stranger to hard work on September 1, 2010, he decided to retire and enjoy the rest of his years with family, friends and his love for his yard. He was married to the late Renee Williams and to this union two beautiful and intelligent women, Apryle and Tabitha �Tap-Tap� were born. He loved his girls and they were his heart. There was never a time spent with Lee that he wasn�t talking about them or having a public conversation with him on his phone. Lee truly loved the Lord and serving in the church and his community became top priority after his retirement. As a loyal member of Main Street Missionary Baptist Church, he served in many capacities. You could always count on Lee to be faithful every Sunday morning to greet visitors with a warm hug, church welcome packet and serving hand with refreshments after service. Every Monday night, and we do mean, EVERY Monday night, Lee was in attendance for Brotherhood meetings teaching lessons and offering a word of prayer. There was never a monthly local Brotherhood banquet that he did not attend, dressed from head to toe with his all black and color popping tie. There were never any banquet tickets to be turned back in because Lee was a smooth talker and could get you to purchase a ticket for any event that was for the up building of his church, even if you could not attend. Lee always stayed looking good with his stylish suits, ties and shoes not to mention he always was clean cut (Thanks to Shirley, Tap & Apryle). Affectionately and commonly mistaken as the singer �Lee Williams,� he recently began to grace the church with his melodious tunes every first Sunday. His hit record, �It�s Me Oh Lord,� will forever echo the sanctuary of Main Street. Lee had a heart of gold, never meeting a stranger for he greeted everyone one with a warm smile and helping hand. He felt the need to reach out to the elderly in his community where he was consistently and faithfully found mowing the lawns of family and friends, running errands and delivering meals on Wednesday mornings. If you needed Lee and if it had anything to do with the church, he was there. Whether it was helping to assist with the Youth Brotherhood, cooking and serving meals during Vacation Bible School, Mother�s Day Breakfast, Resurrection Sunrise Service and more, Lee was there giving people a hard time and keeping order. The Lord truly broke the mold when he created Lee-a funny man whose looks and words could stop you in your tracks and make you laugh all in the same breath. That was just his style, his way of doing things and the way you knew he liked having you around. His most prized possession was his golf cart. Lee was a regular participant in the MLK Day and 2nd Liners parades every year. Decked out with speakers, signs, beads and streamers Lee could be seen riding throughout the neighborhood grinning from ear to ear. Designated as the �Neighborhood Watchman� from always being on the porch with his cup of coffee waving and being a good neighbor, Lee became and remained a friend to all. On March 14, 2011 Lee found love and united in Holy Matrimony with Shirley Hockett, a woman in whom he could create and share fond memories with. Often seen and heard joking around with each other, these two were inseparable and the best of friends. From breakfast dates to long nights of coffee drinking on the porch, these two �love birds,� were a perfect match. Lee was greeted with open arms at Heaven�s gates by his parents, James and Catherine Williams and siblings Charles Edwards and Bernice Catchings. Forever cherishing memories of love with Lee are his loving wife Shirley Williams, devoted daughters Apryle and Tabitha Williams, Ashley Thompson and Veronica �Shae� Hockett. Siblings: James (Rosie) Williams, Jr., Carrie Mae (Jimmy) Jackson, Jimmy Ray (Joyce) Williams, Rosie B (James) Price, Betty (James) Sorrell, Don (Dorothy) Williams, George (Nettie) Williams, John Earl (Christine) Williams, Climer Faye Williams, Willie (Sandra) Williams, Arthur (Ethel) Williams and Gloria (Samuel) Banks; a host of nieces, nephews, relatives and friends. The family of Mr. Lee V. Williams has entrusted his care to the professional staff of RICHMOND-AUGUST FUNERAL HOME.
To order memorial trees or send flowers to the family in memory of Lee V. Williams, please visit our flower store.