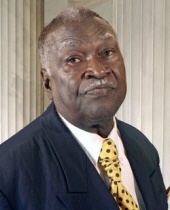 Mr. Jesse Benjamin Richmond, Jr. passed from labor to reward, Saturday, August 2, 2014 in Gulfport, MS. He was reared in Jeff Davis County by his loving grandparents, Mr. and Mrs. Benjamin Franklin Richmond. Mr. Richmond�s education began at the Progress Vocational Elementary School in Jeff Davis County and continued through graduation at the Prentiss Institute. During his high school years, Mr. Richmond was inspired by his uncle, the late Silas Richmond, who was a Mortician. This uncle caused him to want to pursue the Mortuary profession, and encouraged him in the direction of developing his own business. However, the Funeral profession seemed to have been his natural choice, since his father, three uncles, one nephew and numerous cousins are also a part of the profession. Mr. Richmond attended and graduated from Commonwealth College of Funeral Service in Houston, Texas in August of 1961. After graduating, an apprenticeship in Funeral Directing and Embalming was served at Cook-Richmond Funeral Home in Bogalusa, Louisiana, under the direction of his uncle, Moses L. Richmond. A year later Richmond was licensed by the State of Louisiana as Funeral Director and Embalmer. Later he met the requirements and was licensed by the State of Mississippi as a Funeral Director and Embalmer. While working in Bogalusa, he was drafted by the U.S. Army. His tour of duty was centered on working in the U.S. Mortuary in Viet Nam as an embalmer. Upon returning to the United States and deciding to make his home on the Golden Gulf Coast, his uncle Silas Richmond referred him to the late W.B. McDaniel, former owner of the W.B. McDaniel & Son Funeral Home in Biloxi. His meeting Mr. McDaniel developed into a working relationship which lasted until Mr. McDaniel retired. When McDaniel decided to retire and sell the business, Richmond seized the opportunity and became owner of the McDaniel-Richmond Home January 1, 1980. Before owning his business, Mr. Richmond worked various jobs: Pier Worker, Glass Plant Worker and UPS. During this time he remained true to his profession and was a trade embalmer for funeral homes of the Coastal area: Dickey Brothers, Chamber Brothers; Galloway Funeral Homes (both of Biloxi): J.T. Hall Funeral Home; (Gulfport) Lockett�s Mortuary (Gulfport); and Gulf Funeral Home (Pascagoula). After years of sacrifice and dedication, in 1980, Mr. Richmond became the proprietor of McDaniel Funeral Home located in Biloxi. Upon his acquisition, the name was changed to McDaniel-Richmond Funeral Home. Always looking to grow, he decided to expand his horizons in 1983. A second purchase was made in Gulfport and Richmond Funeral Home was established on 30th Avenue. Mr. Richmond contributed this success to the support he received from people and his willingness to serve others. Mr. Richmond held membership in the following: Little Rock Missionary Baptist Church, where he was a member of the Trustee Board; National Funeral Directors & Morticians Association; Southern District Association of Funeral Directors for the State of Mississippi, NAACP, Greater Biloxi Development Corporation; Biloxi Chamber of Commerce; Gulfport Section of National Council of Negro Women, Inc.; Sportsman�s Club; H.U.G., Inc. and the Gulfport Chamber of Commerce. Over the years, Mr. Richmond had the distinction of having trained apprentices: Rick August (Richmond-August Funeral Home); Helen Evans (J.T. Hall Funeral Home); Gregory Fluker (A.A. Memorial, Lumberton, MS); Jeffery Woods (People�s Funeral Home, Jackson, MS); Elizabeth Brown, Rev. Leon May, and Carl James. One of Mr. Richmond�s philosophies was, �If one believes, puts forth effort, rewards and success will follow.� He learned that with God, all things are possible. Mr. Jesse B. Richmond, Jr. leaves to cherish his memory, one daughter, Jessica Richmond; five aunts: Edna Foxworth, Alberta (LaVant) Maupin, Alvia Richmond, Claudine Richmond, and Norvella Ross; one uncle, Archie (Carolyn) Ross, one nephew, Arnold (Monica ) Randall, a �cousin-sister�, Bettie (John) Hawthorne, a close friend, Rosella Pittman and a host of cousins, family and friends throughout the United States. The body of Mr. Jesse B. Richmond, Jr. will lie in repose for public viewing, Wednesday, August 6, 2014 from 10:00am until 4:00pm. Funeral services will be held Thursday, August 7, 2014 at 11:00am at Little Rock Missionary Baptist Church, 4538 15th Street, Gulfport; with visitation from 9:00-11:00am. The family of Mr. Jesse B. Richmond, Jr. has entrusted his care to the professional staff of Richmond-August Funeral Home.
To order memorial trees or send flowers to the family in memory of Jesse B. Richmond, Jr., please visit our flower store.