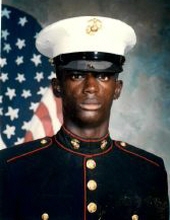 Jamie Black was born on June 13, 1977, in Bogalusa, Louisiana as the firstborn son of the union of James and Bobbie Black. Jamie spent the majority of his life on the Mississippi Gulf Coast. He attended elementary school in Ocean Springs but transferred to Biloxi Public Schools in the sixth grade. As a Biloxi Indian, Jamie began his lifelong love for music. Jamie became an accomplished trumpet player as an active member of the marching and concert band throughout junior high and high school. As an adult, Jamie enjoyed playing his trumpet as a member of the church band or as a soloist whenever the opportunity arose. After graduating from Biloxi High School in 1994, Jamie joined the United States Marine Corps. After serving in the Marines, Jamie relocated to Biloxi from Twentynine Palms, California. Jamie worked for a local television station as a master control operator before joining the family business, gospel radio at WQFX (Biloxi) and WAML (Laurel). Jamie used his varied gifts as an on-air personality, as a programmer, and as a producer. Jamie had a very unique radio voice and enjoyed sharing his creativity with others. However, in September 2019, Jamie took a leap of faith and moved far away from family and friends to pursue a job opportunity and a fresh start. Winchester, Virginia became his new home and Jamie had never been more fulfilled. Jamie departed this earthly life on Tuesday, July 20, 2021. He will be greatly missed by family and friends. Funeral services will be held Thursday, July 29, 2021, at Faith Tabernacle of Praise in Biloxi, MS at 1:00 PM. Visitation will begin at 11:00 A.M. Interment will follow at Southern Memorial Park. View the service live here: https://www.hdezwebcast.com/show/jamie-black Infinity Funeral Home is honored to serve the family of Jamie Paul Black.
To order memorial trees or send flowers to the family in memory of Jamie Paul Black, please visit our flower store.
Send a Sympathy Card