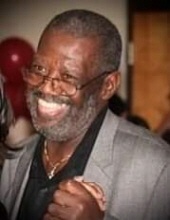 Hillard Dwain "Duke" Pringle known by all as Duke, was born to Willie Mae Pope and Dwain Pringle November 5, 1944, in Chicago, IL. He was the only child to them both. He moved to Biloxi where he was raised and reared by his grandmother and Biloxi/Gulfport midwife Eula Alma Burks who he loved dearly. As a child, he attended Mount Bethel Baptist Church alongside his grandmother and as he grew older First Missionary Baptist Church. He would attend M.F. Nichols until he joined his mother back in Chicago, IL. There he graduated from Engelwood High School. After high school, Duke attended The University of Arkansas Pine Bluff where he earned a degree in Radiograph Technology. No matter where life took him, he loved and excelled in the game of football. After college, he returned to Chicago and began working at Cook County Hospital where he would meet his wife. Duke was united in holy matrimony to Geneva Gray. They later returned to Biloxi, Mississippi to take care of his ailing grandmother. His love for his career and people led him to great employment opportunities working at Howard Memorial Hospital, Gulf Coast Community Hospital, Biloxi Regional Medical Center, and the office of Dr. M.F. Longnecker. He also filled in for several doctors and orthopedic specialists on the coast. His passion for X-Ray and his big personality would lead to him to be recognized by the Sun Herald as the “Big Man with the Big Smile”. He would later open Satchmo’s on Main Street in Biloxi. Duke love to cook for family and friends and you could always count on a good story about his football days or great memories with family and friends. His joy was being surrounded by kids and grandkids. He had a contagious smile that would warm your heart and there were not too many places you could go without someone knowing “BIG DUKE”. Duke departed this earthly realm on June 1, 2020. He was proceeded in death by his parents; maternal grandmother, Eula “Alma” Burks; grandson, Zakiya Emil Pringle; and brother-in-law, Jimmy Nathan Lonberger. Duke leaves precious memories to resonate in the hearts of his wife of almost 50 years, Geneva Pringle; four daughters, Allonda McCaster, Hillary Pringle, Tenyeka (Omar) Pringle-Gibson, and Suhajda Pringle; grandkids, A'Keeiah Paxton, Kenneth Paxton, Zamiah Gibson, Barbara English, Brianna English, and John Lee III. Although Duke was an only child, God blessed him to have cousins and friends to stand in the place of brothers and sisters, Jacquelin Davis, Debra Turner-Ray, Larry Drummor, Luverne Gines, Clarence Pope, and abundance of nieces, nephews, cousins, and friends. Special family and friends that loved him beyond measures: John Lee Jr., Shane and Kimberly Marquar, Glenn Mattina, Genevieve Grayson, and Audrey Grayson. Click the link below to view service: https://www.pscp.tv/InfinityFuneralHome/follow
To order memorial trees or send flowers to the family in memory of Hillard "Duke" Pringle, please visit our flower store.