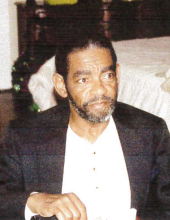 Mr. Gregory Alonzo Jones, age 65, of Biloxi entered into his eternal rest Tuesday, February 16, 2016 at Gulfport Memorial Hospital. Gregory was a man of deep faith, fervent prayer, and exuberant joy. It is true, to know Greg was to love him. After moving from Madison, MS to the Mississippi Gulf Coast during his teen years, Greg immediately became known in his community for his rich baritone singing voice, slick dance moves, and winning personality. Greg was committed to his family and compassionate towards all in his community. He was a member of New Bethel Missionary Baptist Church where his ministry was outreach to the sick, shut-in, and elderly within the congregation. His favorite songs were the classic hymn “The Lord’s Prayer” and the gospel song “I Need You Now” by Smokie Norfol. Gregory’s work was his health and for over 30 years he spent every Monday, Wednesday, and Friday receiving dialysis treatment. The dialysis unit was his lifeline and community. He treated his nurses and caretakers with respect by showering them with kind words, gifts, and prayers. Throughout his time on dialysis, he saw many patients come and go. He was thankful for his “job” and those in his workplace will truly notice his absence. As a son, brother, father, grandfather, uncle, cousin, and friend, Gregory was a well-spring of encouragement. Even in the midst of his own debilitating sickness and pain, he was known to say, “There is somebody else in this world in worst shape than me.” Without eye-sight and even in his inability to walk, he spent his days calling those he loved, the elderly, and the shut-in for conversation and laughter. If you needed a prayer, Gregory was there. If you needed a listening ear, Gregory was there. His love and wisdom spread to every person regardless of age, race, and socio-economic background. Without question, Gregory left his mark on this world by freely giving the love of Jesus Christ to every single person he knew. Gregory was preceded in death by his parents, Edward and Ruby Mae Burney Jones, and his daughter, Portia Patrice White. Gregory leaves to cherish his memory a sister, Minister Gwendolyn (Edward) Creagh of Biloxi, MS; his daughters, Ms. Quashana McCord of Gulfport, MS and Mrs. Latoya Walker of Huston, TX; a grandson, Delmost Deshun White of Princeton, NJ and four additional grandchildren; and a niece, Reverend Theresa S. Thames of Princeton, NJ; a host of family, friends, and lifelong friends that were more like brothers, Mr. Ray Smith and Mr. Jerry “JB” Brown. Services are at 1:00 PM, Friday, February 19, 2016 at New Bethel Missionary Baptist Church, Biloxi, with visitation an hour before. RICHMOND-AUGUST FUNERAL HOME has been entrusted with the care of Mr. Gregory Alonzo Jones. Inquiries:228- 436-6722.
To order memorial trees or send flowers to the family in memory of Gregory Alonzo Jones, please visit our flower store.
Send a Sympathy Card
Send a Sympathy Gift