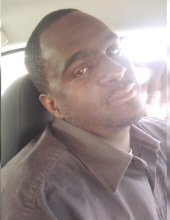 George Smith III, 44, a resident of Gulfport, MS, passed away, November 6, 2016 at Memorial Hospital in Gulfport, MS, from his battle with Liver Cancer. . George was born in Biloxi, MS, on March 28, 1972, the son of George and Lillie Smith. He attended Biloxi High School, where he received his high school diploma. George was married to Yolanda Smith on February 20, 2001. George spent his working career in Wal-Mart Store #2715 working in the Electronics Department and wherever else he was needed. He always was very helpful and friendly to anyone that he encountered and always lending a helping hand to anyone that needed it. George was also a big football fan. His college team was Alabama University and his NFL team was the Pittsburgh Steelers. George also enjoyed watching his favorite NBA team the Cleveland Cavaliers. George always kept himself well versed with world news and what was going on all the time. He also enjoyed just being with his family and spending quality time with his wife. He also loved spending time with his sons and pouring into them about being a man. George, “Big Dog”, “Tio Jorge”, “Jorge” which means George in Spanish was preceded in death by his parents, George and Lillie Smith; and a brother, Eugene Smith. George is survived by his wife, Yolanda Smith; three brothers, Wendell (Wanda) Smith, Averil Smith, and Fredrick Smith, all of Biloxi; three sisters, Lucy (Bobby) Williams, Tina (Billy Ray) Howell, both of Biloxi, and Debra (Odell) Harville of Gulfport; a daughter, Lutece (Jonathan) Ahrens of Prattville, AL; two sons, Devian Evans, and Markell Smith of Gulfport; his grandchildren, Aaliyah and Adonis Ahrens of Prattville, AL; a host of nieces and nephews from all around the world; his “A 1 since Day 1” best friend, Derrick Booker of Biloxi; three godsons, Austin Brunet, Keshawn Moses, and Chris Griffith; and a host of other relatives and friends. The care of Mr. George Smith III, has been entrusted to RICHMOND-AUGUST FUNERAL HOME. Inquiries: 228-436-6722.
To order memorial trees or send flowers to the family in memory of George Smith III, please visit our flower store.
Send a Sympathy Card