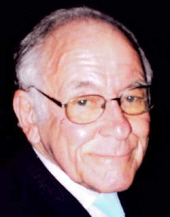 Dr. Robert Bruce Cubberley, 87, of Biloxi passed away in his home surrounded by family and friends on Wednesday, May 23, 2012. He was born in Brooklyn, New York on December 12, 1924. He graduated from Columbia University in New York. He attended Weill Cornell Medical College and then John Hopkins University in Maryland to become a cardiologist. He was a Captain in the Medical Corps of the U.S. Army from 1953-1955. Bob then practiced in Michigan, Iowa, and Pennsylvania before settling in Biloxi, MS at the Veteran's Hospital and retiring in 1994. Bob was a lifetime learner and avid reader of many topics. He was a certified scuba diver and traveled all over the world to places such as Afghanistan, Libya, France, Vietnam, Peru, the Sahara Desert, and even climed Mt. Kilimanjaro at the age of 73. He was passionate about photography and created hundreds of albums of his many trips to share with his family and friends. Bob was preceded in death by his parents Oliver W. Cubberley and Florence Gillies Cubberely. He is survived by his wife of 20 years, Clara Montante Cubberley; sons, David Cubberley and his wife Joyce, Tom Cubberley and his wife Christine, James Cubberley , and daughter Robin Cubberley and her husband John Cooke; grandchildren, Margaret, Courtney, Cailean, Michael, Alex, Caroline, Jennifer, Susan, Imee, and Ina. In lieu of flowers, donations may be made to St. Vincent DePaul (Biloxi, MS) and/or Our Lady of Fatima Sacred Music Teacher Fund. Thank you to Father Paddy, Father Ryan, all those at Our Lady of Fatima Parish, Odyssey Hospice, St. Vincent DePaul Biloxi, and our neighbors and friends. A special thanks to Willie Payno and Linda Culverson for taking such good care of him. His Favorite quote: �I love you till all the flowers on earth ease to bloom�. �Crazy One� as he was fondly called will be sorely missed. Funeral Services will be on Saturday, May 27, 2012 at 11:00am at the Our Lady of Fatima Church in Biloxi, MS. Friends and family may visit from 9:00am until service time. Father Paddy will officiate the service. The Family of Dr. Robert B. Cubberley has entrusted his arrangements to the caring, professional staff of RICHMOND-AUGUST FUNERAL HOME.
To order memorial trees or send flowers to the family in memory of Dr. Robert B. Cubberley, please visit our flower store.
Send a Sympathy Card