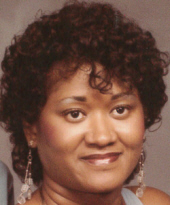 Dorothy Evans Jefferson was born in Gulfport, MS on January 6, 1954 to Leroy and Annie Evans. Dorothy graduated in 1972 from Harrison Central High School. After graduating high school, she went on to work as a librarian at the Harrison County Library. She later became employed with Mississippi Department of Human Service Vocational Rehabilitation from which she retired in 2002. She later came out of retirement and worked for Memorial Hospital in the radiology department until 2010. Dorothy was united in holy matrimony in 1980. She was a member of the Little Rock Missionary Baptist Church; while active, she served on the finance committee. Dorothy was a devoted wife, mother, and grandmother; always putting family and friends first. She was an excellent seamstress and a woman of many other talents. Dorothy never met a stranger. Anyone that ever had the opportunity to cross paths with Dorothy knew how beautiful her spirit truly was. She was preceded in death by her father, Leroy Evans and brother, Lee "Junior" Evans. Her memories will forever be treasured by her husband, Wilbur Jefferson, Jr., her mother, Annie Evans; two sons, Erric (Keasha) Evans of Gulfport, MS; Wilbur (Katerah) Jefferson III of Dallas, TX; one daughter, Jennifer Jefferson Fairley of Saucier, MS; four grandchildren, Elijah and Aubree Fairley, Eden Evans and Kelsie Harvey; four sisters, Bertha (Clark) Madison, Joyce McChester, Carolyn (Michael Boggs, The services for Dorothy Jefferson will be held Wednesday, December 31, 2014 at 11:00 with visitation one hour prior at Little Rock Missionary Baptist Church. The family has entrusted the care of Ms. Jefferson to the professional staff of RICHMOND-AUGUST FUNERAL HOME.
To order memorial trees or send flowers to the family in memory of Dorothy Jefferson, please visit our flower store.
Send a Sympathy Card