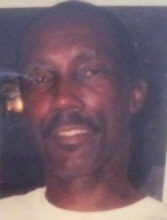 Deryl "Rareback" Anthony Daniels was born July 5, 1956 to Mr. Louis Daniels Sr. and Mrs. Gladys Daniels. Deryl passed away on April 17, 2014 at the age of 57. A lifelong resident of Biloxi, Mississippi; Deryl attended Nichols Jr. High School and graduated from Biloxi High School. He served in the US Army and was well known in the community as a mechanic, detailer, and yardman. Deryl "Rareback" was preceded in death by his father Louis Daniels Sr., grandparents Eli and Viola Daniels; George and Carrie Brown, and a sister, Tami Daniels Bratton. Deryl "Rareback" is survived by his mother, Gladys Daniels of Biloxi, brothers Louis Jr., Michael, and Benjamin Daniels of Biloxi; sisters��Linda (Tony) Jones�of Lakeland, FL and�Gina (Chris) Sudduth of Jackson, MS; daughter Elena, granddaughter�D�Kaylah Jones, and his "play" daughter Iesha, her children, and a special uncle Johnnie Brown all of Biloxi. He also leaves to cherish his memory a host of��nieces, nephews, aunts, uncles, cousins, and friends. Services for Mr. Deryl "Rareback" Daniels will be held Wednesday, April 23, 2014 at 11:00am at Richmond-August Funeral Home with visitation one hour before. Interment will follow at Biloxi City Cemetery. The Family of Mr. Deryl Anthony Daniels has entrusted his care to the professional staff of Richmond-August Funeral Home.
To order memorial trees or send flowers to the family in memory of Deryl Anthony Daniels, please visit our flower store.