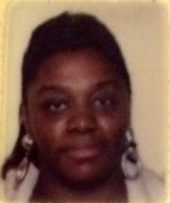 Mrs. Debbie M. Benjamin-Daniel, daughter of the late Bennie T. Benjamin, Sr. and Frances Benjamin, age 56, of Gulfport, MS entered into eternal rest Saturday, November 10, 2012 in Gulfport, MS. Debbie, was from Gulfport, MS. She graduated from John Fremont High School, Los Angeles, CA. She attended Jefferson Davis Jr College where she received her associates degree in 1980 in General Studies and later went on to get her B.S. degree in Psychology and a minor in Criminal Justice and Sociology at the University of Southern MS. She was one of the founding members of True Deliverance Outreach Ministries, where she was the mother of the church, president of the usher board, hospitality president, a teacher like no other, counseler, sounding board for many, very generous, and a skillful listener. Being married to a military officer, Debbie traveled to many places including Monterey, California where she gave her life to the Lord in 1986 and continued to grow spiritually in God as she traveled overseas to Germany. During her travels she utilized her community service skills to aid families of military deployed servicemen to teach in several Daycare facilities and to provide networking to various agencies to help young military mothers. While in Fort Riely, Kansas, Debbie volunteered as an assistant mayor to a small housing community which entailed fundraising to meet the financial needs of mothers and children in the community. Debbie was currently working up until her illness for Costal Women For Change, as the Director of True Vision Center of Hope After School Care, and office manager at the U.S. Naval Construction Battalion Center Post Office in Gulfport, MS. She was preceeded in death by her parents Bennie T. Benjamin, Sr. and Frances Benjamin, one brother, Charles Blocker. She is survived by her husband of 35 years Kenneth R. Daniel, two daughters Kristal Daniel, Nancy Daniel, all of Gulfport; three sons Kenan Daniel of Denver, Colorado, Kameron Daniel, and Kirkland Daniel both of Gulfport. Debbie was the stepmother of two; Kenneth J. Daniel of Denver, Colorado and Tawanna (Tony) May. She also leaves behind one sister, Pastor Shirley Ard; and three brothers Bennie (Yvonne) Benjamin Jr. of Gulfport, Willie Benjamin, of Houston, Texas and Donald (Gloria) Benjamin of Gulfport, MS. Ten grandchildren and a host on nieces and nephews. Services will be held at 1:00pm, Saturday, November 17,2012 at New Testament Pentecostal Church, 2323 29th Street, Gulfport, MS. Interment will be Monday, November 19, 2012 at 10:30am at the Biloxi, VA, in Biloxi, Ms. The family of Mrs. Debbie Daniel has entrusted her services to the caring professionalism of RICHMOND-AUGUST FUNERAL HOME.
To order memorial trees or send flowers to the family in memory of Debbie Marie Daniel, please visit our flower store.