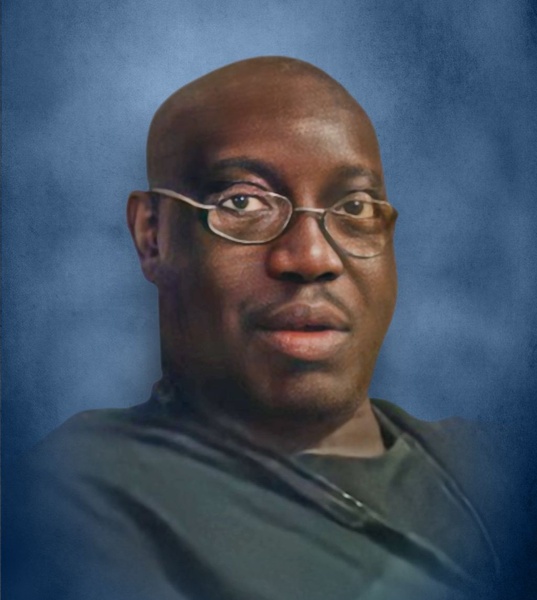 Daniel Handford was born on January 22, 1965, in Bay St. Louis, Mississippi to Tomie Handford and Loretta Harris Handford.  He passed away on February 18, 2022, surrounded by his loving family.

Daniel was united in holy matrimony on June 14, 1985, to Pauline Handshaw. To this blessed union, five children were born. Daniel will be remembered for his love of family, and sports. His outgoing personality made him a great friend, coach, and mentor. Daniel never met a stranger… He NEVER met a stranger! He loved to talk. He lived and loved life to the fullest!

Daniel served 12 years in the United States Army, where he was a driver to the Colonel. After serving in the U.S. Military, Daniel was employed as a limo driver with the Grand and Treasure Bay Casinos, and as a District manager with Waffle House. He loved those scattered, smothered, covered, chunked, diced, peppered hashbrowns! He was a cook at Mugshots, a loan officer at Check Express, and finally, he was employed at the VA in healthcare. Daniel took pride in doing his job and keeping those around him upbeat with his conversation.

In his free time, Daniel could be found coaching sports including football, basketball, tee-ball, and baseball. Always willing to give to others, Daniel has left a deep imprint in the lives and hearts of his family and the community he loved.

Thank you to our beloved family, friends, and loves ones for your care of Daniel through to the end of this life’s journey. To the lives he touched and met along the way, thank you for being a part of his life and sharing in the light of Daniel’s life. Let’s celebrate his life, not in tears, but in the joy of memory and gratitude for knowing this wonderful man!

Infinity Funeral Home is honored to serve the family of Daniel Handford.  For inquiries, call 228-436-6722.

To order memorial trees or send flowers to the family in memory of Daniel D. Handford, please visit our flower store.