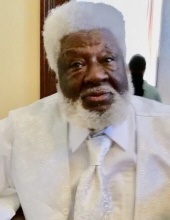 Seasons of Life A Time to Die: On Sunday, November 18, 2019, God the Master decided, his son needed rest so, he called him home. A Time to Learn: Charles grew up in Silver Creek, MS and he was educated in the Prentiss School System. A Time to Grow: Charles realized he needed a savior accepting God at a young age. He was baptized at Shady Grove Baptist Church in Prentiss, MS. He moved to the Mississippi Gulf Coast uniting in fellowship with Main Street Baptist Church, under the leadership of Dr. Kenneth Haynes. Traveling down this Christian journey, he joined First Faith Missionary Baptist Church under the leadership of Rev. C.M. Holloway, he was ordained as a deacon by Rev. Charlie Coleman. Deacon Oatis continued traveling down his Christian journey to Flowing Rivers of Life Ministries under the leadership of his wife, Dr. Bertha Oatis where he served faithfully until his health failed. Deacon Oatis sang with various gospel groups on the Coast during the seventies and eighties. A Time to Love: On May 18, 1967, Charles married the love of his life, Bertha Jones. To their union two sons were born, the late Kevin Oatis and Patrick Oatis. Charles was a loving family-oriented father and husband. A Time to Plant: Charles was an excellent worker. He was skilled in ironwork and exhibited excellency in welding. He instilled the importance of good work ethics in his children. Charles worked thirty-five years for Ingalls Shipbuilder, before retiring. A Time to Mourn: Charles leaves to cherish his precious memories, his wife of fifty-two years, Bertha Oatis of Biloxi, MS, daughter/granddaughter, Brittany (Justin)Clark, St. Antonio, TX, sons: Patrick (Tammy) Oatis of Gulfport, MS, Charles Edward Barnes, Gulfport, MS, Willie Charles Thames, Quitman, MS, daughter Marie , Biloxi, MS, sister, Rena Lewis, Orlando, FL, adopted daughter, Crystal Jones, Reserve, LA, grandchildren, great-grandchildren, a host of nieces, nephews, cousins and friends, along with the Flowing Rivers of Life Family. Charles loved everyone he met and no one was a stranger after meeting him. A Time to Reunite: Charles was preceded in death by his parents: Elijah and Rena Mae Gholar Oatis, son Kevin Oatis, sister Elouise Oatis Moultry, mother-in-law, Willie Mae Blanchard, brother-in-law’s: Pastor Arthur Lewis, Jr and Dave Moultry, nephew JaMaris Cox. A Time to Rejoice: Rev 14:13 “And I heard a voice from heaven saying unto me, Write, Blessed are the dead which die in the Lord from henceforth: Yea, saith the Spirit, that they may rest from their labours; and their works do follow them.”
To order memorial trees or send flowers to the family in memory of Charles Oatis, please visit our flower store.
Send a Sympathy Card
Send a Sympathy Gift