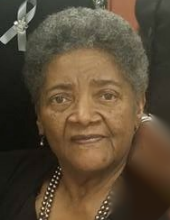 Carolyn Robinson Kennedy began her earthly journey in Biloxi, MS. on September 26, 1946, as the oldest child of Beatrice and James C. Robinson. She was baptized at an early age at the First Missionary Baptist Church in Biloxi under the leadership of the late Rev. C.M. Holloway. She attended Sunday school, Vacation Bible School, and sung with the Junior and Chancellor choir until her health failed. She first attended school in Biloxi at A.E. Perkins Elementary School in 1951 and graduated from M.F. Nichols High School in 1964. After graduating from high school she married and moved away for many years. Carolyn was employed for twenty-four years at the Biloxi Veterans Administration in the Geriatric Long Term Care unit, where she later retired from. She also served as AFGE Union Vice President. She enjoyed sewing, knitting, and reading books. Carolyn had such a wealth of family history. On July 3, 2017 she moved from her earthly home to her Eternal home. Carolyn was preceded in death by her parents, James Robinson and Beatrice Conner Robinson. One sister, Marion A. Robinson, her son, Kendrick R. Kennedy and her Godfather, William P. Robinson. Her memories and love will live on in the lives of her surviving sibling, Patricia Robinson Blocker (Biloxi, MS), her two sons, Marc (Kimberly) Kennedy (Biloxi, MS) and Bryan (Therese Turner) McLaurin (Pascagoula, MS), daughter Monica (Eddie Barnes) McLaurin, daughter-in-law, Angel Kennedy, ten grandchildren and one great granddaughter. She is also loved and will be remembered by a host of nieces, nephews, cousins and friends. We thank God for the time he allowed us to have her and the memories that we will always cherish.
To order memorial trees or send flowers to the family in memory of Carolyn Faye Kennedy, please visit our flower store.
Send a Sympathy Card