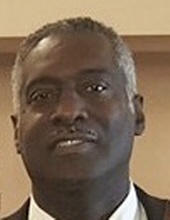 Calvin Earl Collins, Sr was born October 27, 1963, in Biloxi, MS. At an early age, Mr. Collins accepted the Lord Jesus Christ as his personal Savior. He was a faithful member of Macedonia Missionary Baptist Church, Ocean Springs, MS and an active member of the Trustee Board. Mr. Collins was a graduate of Ocean Springs High School in Ocean Springs, MS. At the age of seventeen, he enlisted in the United States Marine Corps. He served his country for twenty years and was deployed to several different countries and duty stations including but not limited to: Okinawa, Japan, London, England and Honolulu, Hawaii. He retired from the Marines at the age of 37 as a Staff Sergeant. After retirement, he decided to join Hotard, Inc. where he worked as a bus operator. During his 18 years of service with Hotard, Mr. Collins made many friends and he was always the top requested driver for the company. He also enjoyed playing basketball, spending time with his friends and family and working on his automobiles. On June 24, 2019, Calvin Earl Collins, Sr, a loving and devoted husband, father, and uncle passed away at the age of 55 at his home surrounded by family in Ocean Springs, MS. Mr. Collins was preceded in death by his mother, Evera J. Collins and his brother, Kelvin O. Collins. Mr. Collins is survived by his wife, Masako T. Collins, a devoted and loving wife of 19 years; two sons: Calvin E. Collins, Jr of San Diego, CA and Marcus S. Collins of Ocean Springs, MS; father, Robert E. Collins of Ocean Springs, MS; three brothers: Wayne Booth of Collins, MS, Clarence (Ethel) MaGee of Biloxi, MS and Tony (Cassandra) Collins of Miami, FL; one sister, Mae Francis (Theodore) Ray III of Biloxi, MS; six nieces and nephews: LaKisha Collins-Mitchell, Tiffany Collins, Christopher Booth, Travis Benyard, Ronnie Benyard and Terrell Benyard; one great-niece, Alaya Collins; childhood friends: Marshall Oliver and Oliver Wallace; basic training friend, Tommy Chambers; and many other relatives and friends.
To order memorial trees or send flowers to the family in memory of Calvin E. Collins, Sr., please visit our flower store.