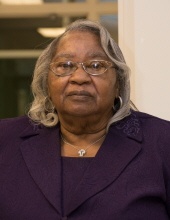 Bettie Lou Groves of Gulfport, MS, passed away on December 23, 2020. She was born in Midnight, MS on January 15, 1944, the daughter of Jessie Cole Sr. and Evalina Aaron. Bettie was married to Fester Groves Sr. on October 9, 1957. They had 10 children. Although she was a housewife most of her marriage, she wasn’t one of those mothers you saw on television sitcoms. If you knew her, then you know exactly what I’m talking about. Mama had a way with words that could make a sailor blush. She didn’t hold her opinion, you got the way she thought it. She didn’t really show a lot of emotions but, she loved a lot harder than she wanted people to know. If you came to her hungry, she would feed you. If you needed a dollar and she had it, she would give it to you. Many of the kids from our neighborhood called her Mama and some stayed at our house more than their own. We often times joked about how she treated strangers better than those closest to her. That was just her way. That was our Mama. Bettie Lou or Bet Lou as daddy would call her, was preceded in death by her husband Fester Groves Sr., 2 brothers Jessie Jr. and Robert Cole, 1 son Clyde Vincent Groves and 2 grandsons Donnies and Jamahl Groves. Bettie is survived by 3 brothers Bennie Aaron, Dan Reynolds Sr. and Jessie Aaron, 2 sisters Rosie Lee Dickerson and Carolyn Lang (Arthur), 9 children Fester Jr., Larry Groves, Carol Fontelroy (Mark), Frederick Groves, Timothy Groves, Melessia Ramie (Wade), Antorious Groves (Felicia), Keisha Groves and Fatima Boyd (Antonio), 15 grandchildren, 2 greatgrands and a host of nieces, nephews, and friends. Funeral services for Bettie Lou Groves will be held Thursday, December 31st., 2020 from 11 to 12, 10 to 11 for viewing by guest, at Little Rock Missionary Baptist Church. Acknowledgments: The Groves Family would like to thank all for their prayers, calls, and words of encouragement. A special thank you to Auntie Rosie Lee and our little sister Keisha, God’s blessings. Infinity Funeral Home is honored to serve the family of Ms. Bettye Lou Groves.
To order memorial trees or send flowers to the family in memory of Bettie Lou Groves, please visit our flower store.