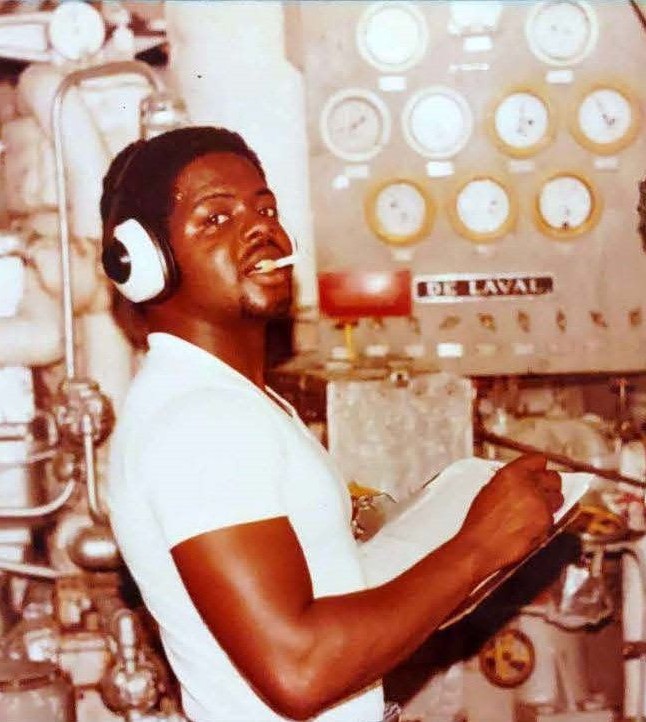 Benny Sr. was born on the army base in Fort McClellan, Alabama on June 6th, 1960, the son of Verma Dell Jordan Chatmon and the late George James Turner. Benny attended Raglan High School and graduated in 1979. Shortly after, he enlisted into the US NAVY. Benny soon became the inspiration for many to follow his path, enlisting into the US Naval Forces.

A man of great pride, Benny was relentless in all endeavors he set out to accomplish. Early in his naval career, Benny obtained the rank of Petty Officer First Class within 5 years of enlisting. Throughout his 20 years of service, Benny lived and traveled to a number of countries including Spain, Scotland, Jamaica, and Africa, in addition to crossing the equator twice during his tenure. He received numerous accolades for his accomplishments and contributions until he retired in 1999 as MMC Chief Petty officer. Benny continued a career as a certified mechanic opening BJ’s & Pete Mechanic Shop. Benny concluded his career as a diesel mechanic working for the Alabama State Port Authority in 2015.

Benny cultivated and enjoyed life experiences on his own merit. His exuberant and venturesome personality afforded him to do the things that he loved and appreciated like bodybuilding, scuba diving, buying his favorite RC helicopters, corvettes, and fishing boats. He acquired a vast movie and music album collection of every genre and on occasion shared his own musical talents through serenading his loved ones with his deep baritone voice with songs by Lionel Richie and Jeffery Osborn. Benny attained a mirage of photos, some given, most taken himself with his prized 35mm lens camera containing precious memories of family and friends. His most treasured pastime and what you could find him doing on any given free moment, whether it was alone for hours, or in the presence of a great company, was being out on his boat in the open water, fishing.

A casanova, with an unassailable authoritative presence and generous heart, Benny had an unbridled tongue and contrastingly wore his heart on his sleeve. Benny left an impression on everyone he encountered. Those that knew him, could take comfort that his actions spoke louder than his words.

Benny was preceded in death by his father George James Turner.

Funeral Services for Benny George Turner Sr. will be held on Friday, March 18th, 2022 at 11:00 am, at Infinity Funeral Home.  Military Ceremonial Service at 12:30 pm, at Biloxi National Cemetery

To order memorial trees or send flowers to the family in memory of Benny G. Turner, Sr., please visit our flower store.
Send a Sympathy Card