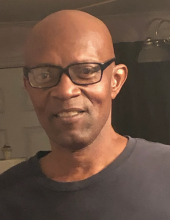 Benjamin Dale Daniels, 62, a resident of Biloxi, MS, passed away, June 4, 2020, at his mother’s home. He was born in Biloxi, MS, on December 20, 1957, the son of Louis and Gladys Daniels. Benjamin attended Biloxi High School and received a High School Diploma. He also achieved a trade in welding. Benjamin spent his earlier career at Ingalls Shipyard working in welding. He also had careers in several casinos buffing floors and sanitizing other areas. His delight for keeping things spotless carried over in his mom’s home as he helped to keep it squeaky clean. Ben devoted many years caring for his mom, when she needed him, he was there! One of his hobbies was grilling, which earned him the title ‘Grill Master’ because of the flavorsome, scrumptious taste of the food he grilled. He also had a natural way of creating rhythmic phrases that relayed messages in a unique way. Ben was preceded in death by his father (LC) Louis Daniels, Sr.; two brothers, Michael “Duke” Daniels, Deryl “Rare Back” Daniels; and one sister, Tami Daniels-Bratton. Ben is survived by his mother, Gladys “Cielle” Daniels; one brother, Louis Daniels, Jr. (Brenda) of San Angelo, Texas; two sisters, Lynda Jones(Tony) of Lakeland, Florida, and Gina Sudduth-Bradley (Melvin) of Biloxi, Mississippi. He also leaves many adorable loving nieces, nephews, great-nieces, great-nephews, and an abundance of other relatives and friends. Click the link below to view service: https://www.pscp.tv/InfinityFuneralHome/follow
To order memorial trees or send flowers to the family in memory of Benjamin Dale Daniels, please visit our flower store.
Send a Sympathy Card