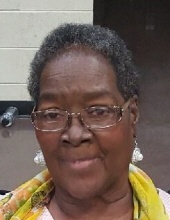 Annie Pearl Bournes, 73, a resident of Gulfport, MS, departed this life on March 30, 2017, surrounded by her loving family. Annie Pearl was born in Prentiss, MS, April 12, 1943, to the union of Lessie and Emma Jackson. Annie attended the Prentiss Institute and the University of Southern Mississippi. A devoted wife, she was married to the late C.B. Bournes. Their marriage was blessed with four children, Danny, Joseph, Peggy and Lisa. Later in life, Ms. Annie took great joy in rearing her grandson, Joseph "Jovon" Bournes. As an active member of her community, Annie spent more than 40 years as an educator and social worker at the Gulf Coast Community Action Head Start. She was deeply rooted in her community and served as a member of the North Gulfport Civic Club. Throughout her years of service, Annie was a cornerstone in the community and touched the lives of countless people. She was also a member of the Shiloh Missionary Baptist Church, where she faithfully served as an usher. Annie was a great mother and grandmother, always giving of herself to those who she loved most. Annie Pearl was preceded in death by her husband, C.B. Bournes; four sisters, Margaret Barnes, Emma-Rett Jackson-Bridges, Catherine Taylor, and Ivy Lois Newsome; two brothers, Lessie Jackson Jr. and Melvin Jackson; and two children, Danny and Joseph Bournes. Annie is survived by two daughters, Peggy (Wilbert) Harvey; Lisa (Clifton) Walker; four grandchildren, Wilbert Harvey Jr., Clifton “Ray” Walker Jr., Tommy C. Walker, and Joseph “Jovon” Bournes; three sisters, Irene (Shelby) Brown, Betty (Effie) Stringer, and Shirley Jackson; and seven special caregivers, Annette McDonald, Peggy Ann Thompson, Flossie Turner, Sarah Grayer-Ball, Michael Floyd, and Dorothy and Cecil Coleman. Any relatives or friends who would like to give expressions on behalf of Mrs. Bournes will have an opportunity to do so at the wake on Saturday, April 8, 2017 between 10:00 a.m. and 10:40 a.m. Funeral services for Annie Pearl Bournes will be held Saturday, April 8, 2017 at 11:00 a.m. at Shiloh Missionary Baptist Church, Gulfport MS. The care of Mrs. Annie Pearl Bournes has been entrusted to RICHMOND-AUGUST FUNERAL HOME. Inquiries: 228-436-6722.
To order memorial trees or send flowers to the family in memory of Annie Pearl Bournes, please visit our flower store.